The Book Links Mentorship is open to all member of Book Links residing in Australia.
Applicants are invited to submit a synopsis and the first two chapters or first 6000 words of a work of fiction for either junior or YA readers, or two picture book manuscripts.

This submission was presented in a very impressive synopsis conveying details of a near-future world in which Melbourne has been transformed by climate change and divided into three very different areas, one more privileged than the others. It was supported by a sample chapter containing extremely credible scene building, and a rich cast of characters. When Ash (who lives in the most sheltered area of the three) meets teenagers from the two other areas, artificial barriers between them are eroded and they become united in a battle to survive. The sample text is very well-written, excitingly paced, and is suspenseful and intriguing. This work had a gripping and immediate sense of voice which was captivating. It appears to have enormous potential for a young adult title of some contemporary resonance and power.

This submission contained cleverly nuanced comic writing. Henny and her mum have to move all the time, due to a challenge they face, which I won’t reveal here. But Dulwich Primary looks like it’s going to be worse than all the other schools she’s attended. There are some weird kids and they seem to be out to get her. The sample text demonstrates a quirky sense of humour and a real control of voice. Henrietta’s talent and love of art adds to this rich narrative concoction. This synopsis and sample text were both extremely promising and I look forward to reading of Henrietta’s further adventures.

The Shortlist for the Book Links mentorship (in alphabetical order) is:

R.M. Little Saltwater and Ash (YA)

It was announced at the Book Links AGM 8 October 22

The Longlist for the Book Links mentorship (in alphabetical order) is:

R.M. Little Saltwater and Ash (YA)

The mentorship will provide the winner with the opportunity to develop their early draft manuscript to a publishable standard with a professional mentor. Applications are assessed on literary and artistic merit and developmental potential.

Please submit the following in a single pdf or Word document, via email to mentorship@booklinks.org.au with the Subject line MENTORSHIP2022

A synopsis and the first two chapters or first 6000 words, of a work of fiction for either junior or YA readers, or 2 picture book manuscripts.

Applications must be received by 10pm, 17 September

A shortlist will be published prior to the winner being announced at Book Links StoryArts Brisbane Conference on Saturday 22 October. The mentor, Dr Robyn Sheahan-Bright will then read the entire work(s) written by the successful applicant, and write an appraisal. She will engage with the applicant by phone, email or face-to-face for approximately 12 hours in order to offer advice regarding the development of the manuscript. She will offer advice not only on the manuscript but also on publishing prospects and avenues.

Dr Robyn Sheahan-Bright AM has operated justified text writing and publishing consultancy services since 1997, and is widely published in children’s literature, Australian fiction and publishing history. She has judged literary awards, mentored and offered editorial advice to writers, lectured in writing and publishing courses, and assessed post-graduate creative writing theses for several universities. She writes both teachers’ notes and reading group notes for major publishers. She was inaugural director of and is a Life Member of the Queensland Writers’ Centre, and was co-founder of Jam Roll Press. Her publications include Paper Empires: A History of the Book in Australia (1946–2005) (2006) co-edited with Craig Munro. She is President of IBBY Australia Inc, and Deputy-Chair of the Board of the Australian Children’s Laureate Foundation. She was recipient of the CBCA (Qld)’s Dame Annabelle Rankin Award in 2011, CBCA’s Nan Chauncy Award in 2012, and of the QWC’s Johnno Award in 2014. In 2021, she was appointed a Member of the Order of Australia (AM).

The shortlist for the Book Links mentorship (in alphabetical order) is:

BOOK LINKS MENTORSHIP 2021 BRIEF REPORT
General Comment: In its third year, the Book Links (Qld) Mentorship competition has again attracted excellent submissions. Picture books entered included those with environmental themes, family stories, animal stories, challenges to gender stereotypes and stories about character development. Inventive writing styles and the use of rhyme and rhythm were notable. Junior fiction submitted included mystery, adventure and fantasies. Once again, the writers were willing to stretch the boundaries of format to arrive at something distinctive, sometimes using metafictional techniques. One work for young adult readers was entered, and was highly commended. I have selected a winner, second prize, and four highly commended works. As well as a mentorship to the winner, a manuscript consultation will be offered to the second prize recipient. 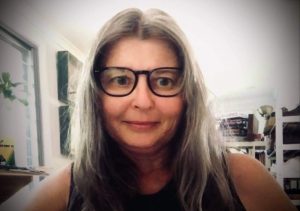 WINNER: Kirsten Ealand for Periweather Pemberton and In the Wild
Periweather Pemberton: This is a very charming short piece of writing about a dog and cat not getting on – until they do. The spare use of words, use of rhythm, and cunning alliteration is extremely precise, and quite lovely: ‘Dog likes barking. Dog likes begging. Dog wants to play.’ Pre-schoolers would relish this. An illustrator would have great fun with it. And the ending is ‘pitch perfect’.

In the Wild’: This story really has a ‘voice’. Written inventively in second person, it details the thoughts of a child protagonist in whimsical fashion. The child driving home up Koala Hill Drive is encouraged by the mother to keep looking, looking, looking for a koala, even though the child sometimes wishes to be at home playing, and is sometimes too sleepy to look. But then, one day the child actually sees a koala. Once again the ending of this story is perfectly conceived. There is a subtle environmental message but the author is most interested in the tone and pitch of her stories for young readers. This is a highly accomplished work. 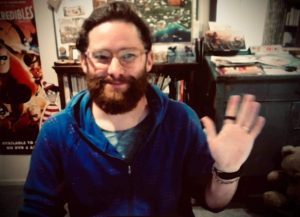 SECOND PRIZE: Louis Decrevel for Out-of-this-world Things I Saw in Strangerwood
Max Turner prefers playing games on his phone to playing baseball. When his teammates gang up on him and break his phone, he runs off into Strangerwood to escape. This is a complex fantasy manuscript using the signs of the Zodiac as a frame of reference. It is engagingly written, fast-paced, inventive and very humorous. The author has a commanding voice and his work demonstrates great potential.

HIGHLY COMMENDED:
Ben Boland for Charlie’s Nest and Stampede
Annaleise Byrd for How to Save a Soft Drink Factory
Aly Kenna for No Dogs Allowed and Counting Cats
Tyrion Perkins for The Cutter

In 2020 Book Links offered a mentorship open to Book Links members. Applicants were invited to submit a synopsis and the first two chapters or first 6000 words, of a work of fiction for either junior or YA readers, or 2 picture book manuscripts.

The winner was announced at the Book Links (Qld) AGM on Saturday 17 October 2020.

In 2019 Book Links offered for the first time a mentorship to Book Links members.

The Mentorship was won by Debbie Kahl with her story ‘Gaijin Girl’.

At the opening of StoryArts Brisbane Conference, Robyn Sheahan-Bright, mentor, congratulated the shortlisted entrants and commented that writers were to be congratulated for entering and producing such a high standard.

The shortlisted entries were:

Response from the winner.