Australian Children’s Laureate Leigh Hobbs presented the 2016 Book Links Annual Lecture in Children’s Literature.  He spoke to the topic, ‘The mystery of Visual Literacy, and, why isn’t humour taken more seriously’.  The event was very well attended by Children’s Literature enthusiasts, Children’s authors, Children’s illustrators, teacher- librarians, and parents.  The VIP reception with Leigh, co-hosted by the Queensland Writers Centre, was a resounding success with many attendees reporting delightful and inspiring conversations with Leigh Hobbs.

Here are some key points from Leigh’s lecture:

Leigh began by telling us that he feels ‘a responsibility and protectiveness to his audience, children.’  He told the audience that theory is not his thing, but that he would speak to us from his experience as a secondary teacher,  a visiting presenter to several countries and his memories of his own childhood.  Leigh told us that he has always been obsessed with characters, and they form the basis of all his stories.  Leigh does not pretend to write in a child’s voice.  He writes with an adult voice and finds that kids relate well to his characters.  Leigh acknowledges how sensitive and trusting kids are, and how innately willing they are to engage in learning.  Leigh believes in kids’ logic, and explained that not everything needs to be explained to them.  Leigh explained that visual literacy is the beginning of literacy as kids learn to look before they can read.  He spoke about his characters Old Tom, Horrible Harriet, and Mr Chicken explaining that kids connect to relationships between characters that mean something to them.  Leigh works with three levels: first the words,  second images and  thirdly the contradiction between the words and image.  Often the image is doing something every different from the words.  Interpretation doesn’t have to be literal.  Leigh explained that that if kids like characters, and they’re well constructed, they will be gripped by them in a couple of pages and make a decision whether to keep going into their world.   He doesn’t write with ‘a message’, but rather with ‘real’ characters, experiencing loss, friendship and more .

The audience was thrilled by Leigh’s lecture, and also enjoyed the opportunity to try their hands at drawing Old Tom with some surprising results.  We are very grateful to Leigh for coming to Book Links – the Centre for Children’s Literature to present the Book Links Annual Lecture in Children’s Literature.  We are also very grateful to our audience for attending, for without them, this lecture series would simply not be as successful as it is. 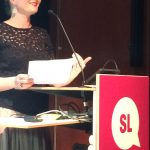 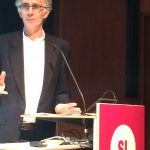 Leigh had the audience at his first words 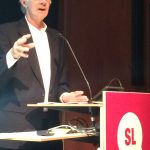 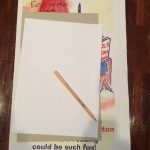 drawing tools for the Lecture 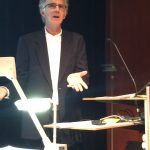 “my characters range from the strange to the beserk” 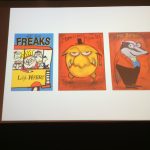 some of Leigh’s books 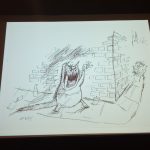 the first image of Old Tom 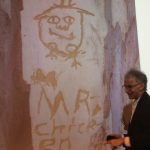 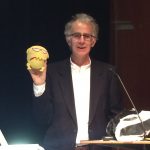 Mr Chicken made an appearance at the lecture 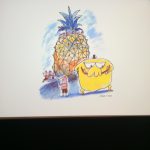 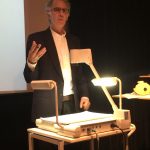 the audience received a lesson in drawing Old Tom 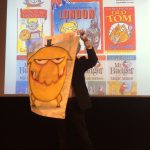 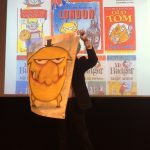 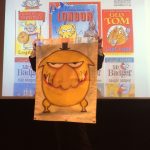 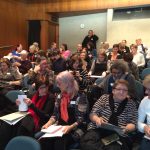 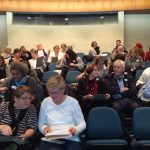 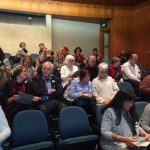 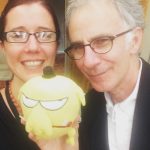 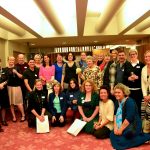 the delighted crowd at the VIP reception