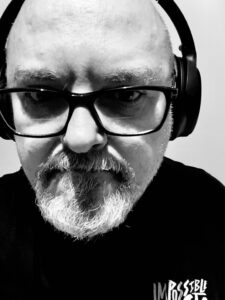 Sean Williams is an award-winning, #1 New York Times-bestselling author of fifty-odd novels and over one hundred and twenty short stories for adults, young adults and children. As well as his original fiction, he has collaborated with Garth Nix and contributed to shared universes such as Star Wars and Doctor Who. His 2019 novel Impossible Music was shortlisted for the Ethel Turner Prize for Young People’s Literature. His latest novel Her Perilous Mansion, a tale of two children trying to escape from a haunted house, is a nominee for the 2021 Patricia Wrightson Prize for Children’s Literature. Both are Children’s Book Council of Australia Notable Books. He lives in Adelaide, where he teaches creative writing at Flinders University and writes strange music on the side.

Sean will be appearing on panels and in a session on Saturday and running a writing workshop on Sunday.

Freya Blackwood is a multi-award-winning illustrator and writer. Her picture books are beloved for her warm and perceptive drawings. Since publishing her first picture book in 2003, Freya has worked with writers such as Libby Gleeson, Margaret Wild, Jan Ormerod, Nick Bland and Danny Parker.

In 2010, Freya won the UK’s most prestigious prize for illustrators, the Kate Greenaway Medal, for her book Harry and Hopper. And in 2015 she did what no other creator has ever done, taking out three CBCA Book of the Year awards in a single year. Her latest book, The Unwilling Twin, is shortlisted for Picture Book of the Year in the 2021 CBCA Awards.

Freya will be appearing on panels and in a session on Saturday and running an illustration workshop on Sunday. 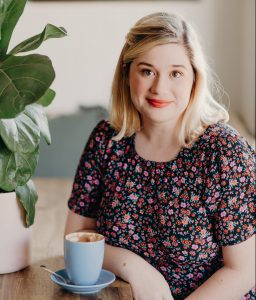 Rhiannon Wilde has been telling stories for as long as she can remember – inside her head, as well as through working as a journalist, terrible barista, and high school English teacher in Brisbane’s inner north. Rhiannon’s particular interests are caffeine, characters both real and imaginary, and the power of well-strung words to challenge and change us. Her second-person short story inspired by urban Brisbane, You Deserve Nothing, was longlisted for the Queensland Young Writer’s Award in 2014. Henry Hamlet’s Heart is her first novel, and won the Queensland Literary Awards Glendower Award for an Emerging Queensland Writer in 2019. Rhiannon’s second YA novel Where You Left Us will be published in August 2022.

Rhiannon will be appearing on panels and in a session on Saturday.

Zanni Louise has been writing stories since she was little, growing up in country NSW. Six-year-old Zanni used to get in trouble for staring at people and making up stories about having a donkey. Grown-up Zanni has turned her love for people and fairytales into a writing career.

Author of over twenty-five kids’ books, including bestselling picture book series like Human-Kind and Errol, junior fiction and middle grade, Zanni writes and draws every day and hopes she will keep going until she’s too old to hold a pen!

Zanni will be appearing on panels and in a session on Saturday.

Dr Robyn Sheahan-Bright has operated Justified Text Writing and Publishing Consultancy Services since 1997, and is widely published in children’s literature, Australian fiction and publishing history. She has judged literary awards, mentored and offered editorial advice to writers, lectured in writing and publishing courses, and regularly assesses post-graduate creative writing theses for several universities. She writes both teachers’ notes and reading group notes for major publishers. She was inaugural director of and is a Life Member of the Queensland Writers’ Centre, and was co-founder of Jam Roll Press. Her publications include Paper Empires: A History of the Book in Australia (1946–2005) (2006) co-edited with Craig Munro. She has been Program Manager of the APA’s biennial Residential Editorial Program since 1999. She is President of IBBY Australia Inc, and Deputy-Chair of the Board of the Australian Children’s Laureate Foundation. She was recipient of the CBCA (Qld)’s Dame Annabelle Rankin Award in 2010, CBCA’s Nan Chauncy Award in 2012, and of the QWC’s Johnno Award in 2014. In 2021, she was appointed a Member of the Order of Australia.

Robyn will be chairing panels and announcing the winner of the Book Links Mentorship. 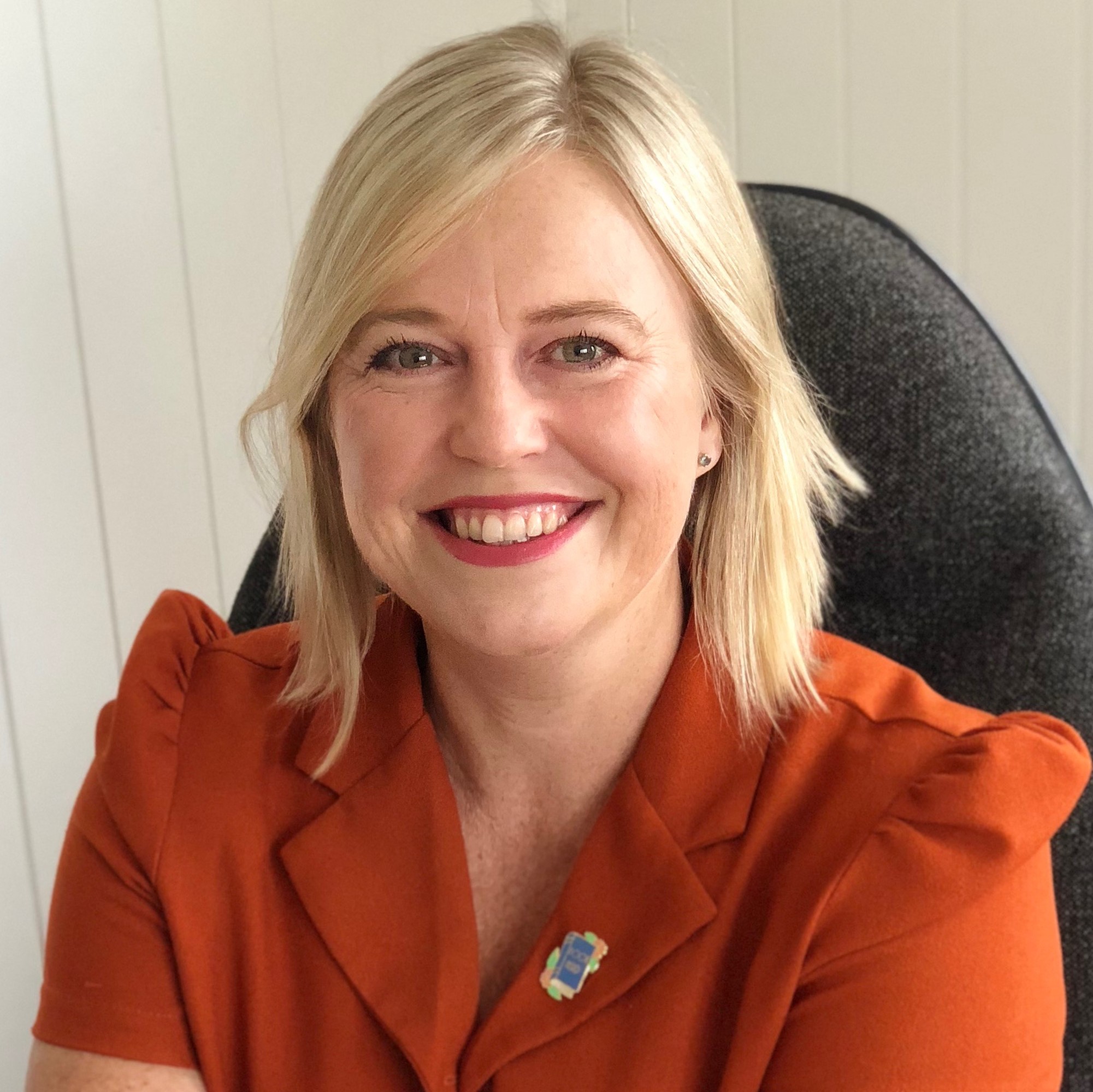 She has more than twenty years’ experience working in the publishing and bookselling industry and has managed Alex Adsett Publishing Services since 2008. As a literary agent, she is focused on finding exceptional manuscripts for adults, young adults and children, and already represents a select stable of authors including Jodi McAlister, Marlee Jane Ward, Frances Chapman, Richard Newsome, Andy Geppert and Robert Henderson. She is often to be found on twitter at @alexadsett or via her website Alex Adsett Literary Agency

Alex will be appearing on panels and in the Sunday morning Pitch Party.

Marisa Pintado is the Publishing Director for young readers at Hardie Grant Children’s Publishing in Melbourne. Over the last decade, she has edited and published a broad collection of best-selling and award-winning fiction and non-fiction such as Welcome to Your Period and Welcome to Consent by Dr. Melissa Kang and Yumi Stynes; the Frankie Fish series by Peter Helliar; Tim Flannery’s Explore Your World series, Sally Rippin’s series for young readers, including Billie B Brown and School of Monsters; and the Real Pigeons series by Andrew McDonald and Ben Wood, which has sold into twenty territories globally and is in development for film and TV with Nickelodeon.

In 2020 she established Bright Light Books, a new illustrated imprint at Hardie Grant that aims to facilitate tricky and important conversations for modern families with brilliant stories. She is also the founder of the Ampersand Prize for debut writers, which has launched the careers of numerous Australian MG and YA authors including Melissa Keil and Erin Gough.

Marisa is currently looking at pitches for commercial junior fiction series, with a particular interest in humour, mystery and magic. She is passionate about publishing middle-grade and YA, and hungry for contemporary own-voices stories and striking storytelling. She is also accepting pitches for high-concept and commercial children’s non-fiction, as well as illustrated titles that explore big ideas and contemporary issues for modern families, such as feminism, body positivity, environmentalism and antiracism 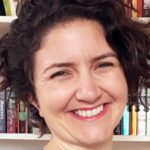 Susannah is the publisher at Albert Street Books, an imprint of Allen and Unwin. Albert Street Books has a keen commercial focus, with a vision to publish books for babies to 12-year-olds that are warm and charming, funny and friendly, and easy to sell, to buy, and to love. She has worked with many of Australia’s favourite authors and illustrators, including Heidi McKinnon, Lili Wilkinson, Anh Do, Bren MacDibble, Anil Tortop, Rebecca Timmis and Tanya Hennessy. 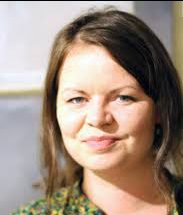 Kate Stevens is a commissioning editor of children’s books at Hachette Australia. Kate joined Hachette as an editor in 2010 and in recent years she’s built up a list of children’s and YA titles, published under Hachette’s Lothian imprint. She publishes fiction and non-fiction for children of all ages by Australian authors and illustrators including Jennifer Cossins, Danielle Binks, Yvonne Mes, Jessica Watson, Liz Rowland, Megan McKean, Mulga the Artist and Sha’an d’Anthes. She also convened and taught the postgraduate book editing subject at UTS for three years running.

Kate will be looking at: illustration portfolios, picture books, junior fiction, MG fiction and non-fiction, and contemporary YA.

Kate is not looking at YA fantasy. 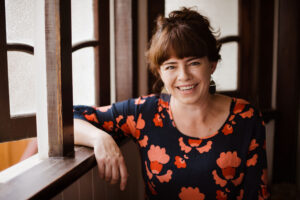 Clair Hume publishes the children’s and young adult lists at University of Queensland Press (UQP) and has worked with many beloved authors and illustrators over the last decade.

She began her career as an editor at Penguin Books, before moving to Affirm Press to start their younger readers’ list. The first book published on this list, A Walk in the Bush by Gwyn Perkins, went on to win the CBCA Book of the Year.

In 2019, Clair moved to Queensland to take up her dream job of working for UQP – the ABIA Small Publisher of the Year 2021 – where she has the privilege of publishing a range of books that contribute to the fabric of arts and literature in Australia and the world.

She is particularly interested in: stories with unique perspectives; stories built from lived experiences; and stories that leave young readers enlightened, hopeful, and forever in love with books. 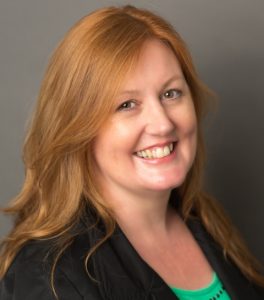 Rowena Beresford is the Director of Riveted Press, a new imprint of Yellow Brick Books, the publishing company she co-founded in 2016, inspired by her enduring passion to get kids reading.

** Riveted Press is the publisher of the 2021 CBCA Book of the Year for Younger Readers – Aster’s Good, Right Things by Kate Gordon **

We are looking for junior fiction, middle fiction, YA and graphic novels that remind readers of the good things they might have lost sight of in these tough times – like wonder, joy, hope, friendship, adventure, imagination, creativity and possibilities. These might be funny and witty, like our Juno Jones, Word Ninja series, or touching stories that remind kids they are not alone, like our middle fiction title, Aster’s Good, Right Things.

In picture books, we are looking for stories that are clever, different, or out of the ordinary. We’re also hunting for new illustrators for current and future projects.

Riveted Press/Yellow Brick Books are not open to submissions except via conferences.

What You Need to Know